Luciana received the 2011 Canada Games Young Artist of Excellence Award in 2016. She completed her undergrad at Dalhousie University, then relocated to British Columbia to pursue her MFA in directing at UBC.

Luciana returned to Halifax in 2018 to participate in Neptune Theatre’s Chrysalis Project, which provides practical experience and mentorship to emerging theatre artists.

Devin began playing piano in 2013 at the age of seven, and has won both awards and competitions since then.

He was the 2017 recipient of the first ever Gordon Murray rising Star Award, and one of the winners of the 2017/18 Chebucto Symphony Orchestra Concerto Competition, an honour which gave him the opportunity to perform with the Orchestra in the spring of 2018.

Ian began teaching ballet after touring with CATS in 2013, and relocated from London, UK back to Canada three years later.

Born in Alberta, Charley moved to Nova Scotia to pursue her BFA at NSCAD University. She received the Charlotte Wilson-Hammond/Visual Arts Nova Scotia Award and the Lieutenant Governor Award.

Charley is a practing artist who teaches drawing and printmaking at NSCAD University and Mount Allison University in New Brunswick.

Lee received the Talent Trust 2011 Canada Games Award in 2017, the year he began the MA Typeface Design program at the University of Reading in the UK, which is considered by many in the design industry as the best in the world.

He completed his Bachelor of Interdisciplinary Design at NSCAD University, where he taught as a guest lecturer for two years prior to beginning his MA.

Shanice, a soprano born in New Glasgow, Nova Scotia, graduated from Wilfrid Laurier University with an Honours Bachelor of Music in Vocal Performance in 2017.

Each year the Talent Trust awards 17 Special Awards, which are awarded at the discretion of the Scholarship Selection Committee.

Award winners are chosen from among the pool of successful recipients who have already received a Talent Trust scholarship for the current application year.

These awards are provided in addition to the scholarship amounts. If an applicant applies to either the March 1 or May 1 deadlines, and is successful in receiving a scholarship for either of those deadlines, their name is automatically put forward for consideration for the Special Awards.  No other application requirements are necessary. 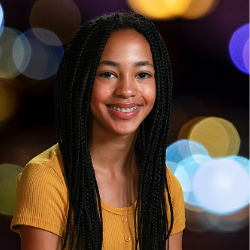 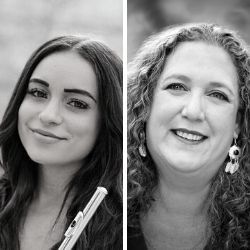 The 2011 Canada Games Young Artist of Excellence Awards will be awarded to any recipient, regardless of age, from any artistic discipline, who best exemplifies the qualities embraced by the Nova Scotia Talent Trust, that of the utmost commitment, promise, exceptional technique, talent and the highest achievement of excellence, someone who demonstrates the passion and drive to become a professional Nova Scotia artist in their field of discipline. A recipient is only eligible to receive this award once. Two awards will be given out annually, if merited. These two awards, valued at $10,000 each, will be awarded starting in December 2013 for ten years and are the legacy of the 2011 Canada Games Young Artists of Excellence Program. 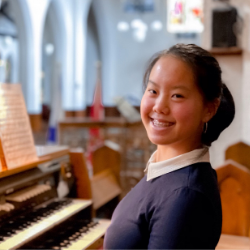 New in 2020: The Dr. James Burchill Award will be given out for the first time in December 2020. Dr. James Burchill, a former Talent Trust recipient (1958 through 1961) in organ studies, created the award to give back to the community. The award will be given, if merited, to an organist, choral or instrumental conductor or, if there is no suitable applicant in either of these fields, to a student of another musical instrument or voice. The annual award is $8,000.

"I have always been aware of how important study is in preparation for a professional career and, particularly in our day, how very expensive this is. For my own education, I was helped very considerably by years of awards from the Nova Scotia Talent Trust, and I am delighted to take my turn in helping future music students achieve their goals", states Dr. Burchill. 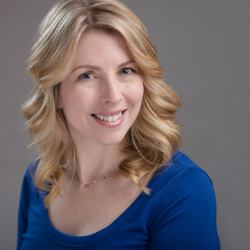 New in 2020: The Sheila K. Piercey (Legacy) Award will be given to a Talent Trust scholarship music recipient who shows exceptional commitment and potential in the field of voice. The award is $2,000.

In 2019, the arts community lost Sheila K. Piercey, an accomplished soprano, teacher, mentor, beloved aunt, and loyal friend to many.

Sheila Piercey was so kind to leave a bequest in the amount of $20,000 to the Talent Trust. In consultation with Sheila’s family we decided to honour her legacy by creating a new special award for a voice student.

“We are honoured to be able to continue Sheila Piercey’s legacy through this generous award towards voice studies. We thank Sheila Piercey for thinking of the Talent Trust and her family for their support and help in establishing the special award”, states Jacqueline Steudler, Executive Director NSTT. 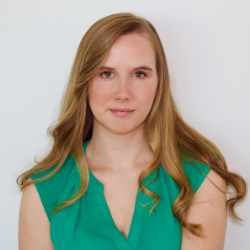 RBC Emerging Artist Award was established in 2012 by RBC Emerging Artist Project. It will be awarded, if merited, to the recipient who, among all others, has completed initial studies and shows exceptional commitment and professional potential as an artist. Preference will be given to any film/new media, literary, or visual arts students, followed by theatre, dance, and music students. The award is $ 1,500. 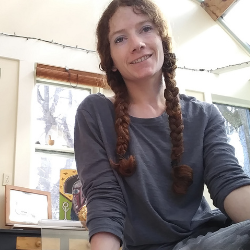 The Susan Wood Award will be given to a Talent Trust scholarship recipient who shows exceptional commitment and potential in the field of visual arts in printmaking, painting or drawing. The award is $1,500.

In 2018, the arts community lost Susan Wood, an accomplished visual artist, teacher, mentor, beloved mother, family member, and friend to many. To honour her legacy, Visual Arts Nova Scotia (VANS) initiated the creation of The Susan Wood Award and within four short months, exceeded their fundraising goal of $20,000. They received donations from across the country, which was a testament to the national impact of Wood’s legacy. 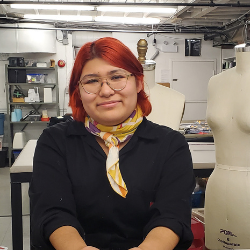 The Charlotte Wilson Hammond/Visual Arts Nova Scotia Award will be awarded, if merited, to a recipient who shows exceptional commitment and potential in the field of visual arts. The award is made possible by Charlotte Wilson Hammond, who was the 2003 recipient of the Province of Nova Scotia’s Portia White Prize and who named the NSTT as the Portia White Prize Protégé and contributed $7,000 to support the award for as long as the fund lasts. The award is $1,000. 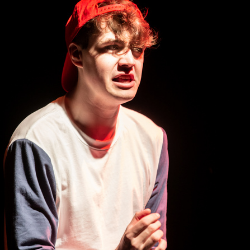 Actor, Kevin Munroe is the recipient of the 2020 Theatre Nova Scotia Award.

The Theatre Nova Scotia Award, named for the award’s sponsor, will be awarded, if merited, to a recipient who shows exceptional commitment and potential in theatre. The award is $500. 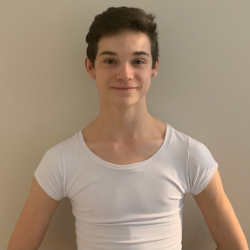 Aidan Vaudreuil, ballet dancer, is the recipient of the 2020 Robert G. Jackson Award.

The Robert George Jackson Award, named for the late Robert Jackson who loved the arts, was established in 2011 by his widow, Daphne Cruikshanks. It will be awarded, if merited, to a NSTT recipient who shows exceptional commitment and potential in dance. The award is $2,000.

Julia Barkhouse, ballet dancer, is the recipient of the 2020 Janice Merritt Flemming Award.

The Janice Merritt Flemming Award, named for the award’s sponsor, will be awarded, if merited, to a recipient who shows exceptional commitment and potential in dance. Janice Flemming served on the NSTT's Board for 23 years, while making significant contributions within the dance community. The award is $1,000. 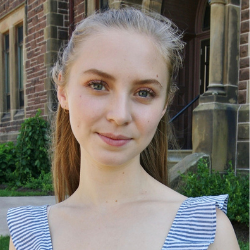 Abigail Sinclair is the recipient of the 2020 Talent Trust Portia White Award.

The Portia White Award, named for the first Nova Scotia Talent Trust scholarship recipient, will be awarded, if merited, to a recipient who shows exceptional commitment and potential in voice. Portia White was supported by the NSTT from 1944 to 1947 while she studied voice in New York City, where she embarked on an illustrious career as an international concert soloist. The $1,000 award is funded by Dalhousie University’s Music in Medicine program. 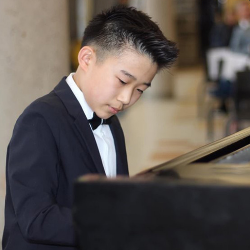 The Peggy Corkum/Musique Royale Legacy Award New Award: The award was established in 2019 by Barbara Butler in Memory of Peggy Corkum. It will be awarded, if merited, to the pianist who, amongst all others, shows the greatest artistic potential and excellence. The award is $1,000.

After Peggy Corkum's passing in December 2018, Barbara Butler, Artistic Director of Musique Royale, established the award in Peggy Corkum’s honour to be administered by the Nova Scotia Talent Trust, beginning on the organization’s 75th anniversary in 2019. 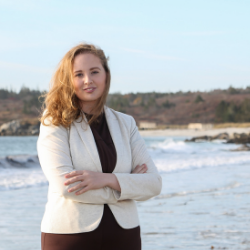 Taylor MacGillivray, composer, is the recipient of the 2020 Kenneth Elloway Award. 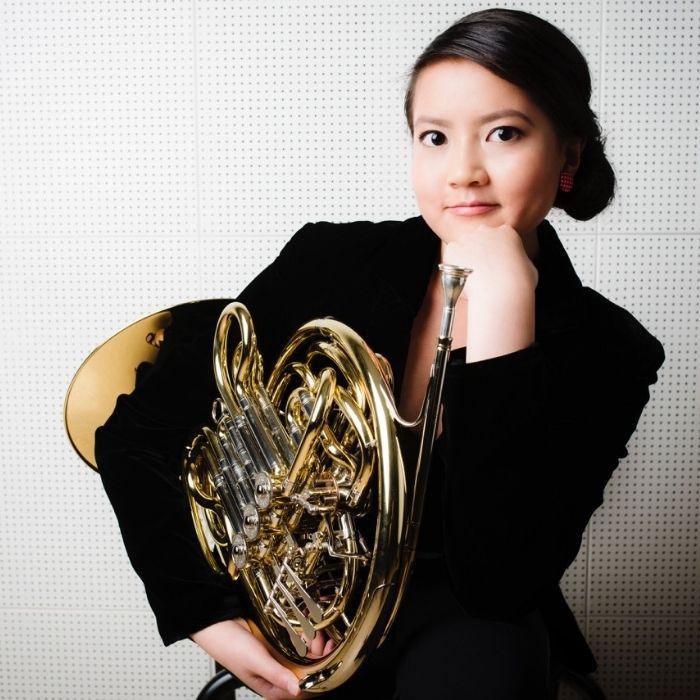 French Horn player Mimisu Lee is the recipient of the 2020 Yue Lih and Marion Kuo Award.

Yue Lih and Marion Kuo Award will be awarded to a recipient who shows exceptional commitment and potential in music as an instrumentalist. The award is made possible by Marion Kuo and Earl Wadden to recognize Marion’s father Yue Lih Kuo. The award is $1000.

Cellist India Gailey, is the recipient of the 2020 Raymond Simpson Award.

The Raymond Simpson Award, named in memory of Raymond Simpson, long-time Secretary for the NSTT who contributed years of service to its management, will be awarded, if merited, to a recipient who shows exceptional commitment and potential in music as an instrumentalist. The award is $1,000. 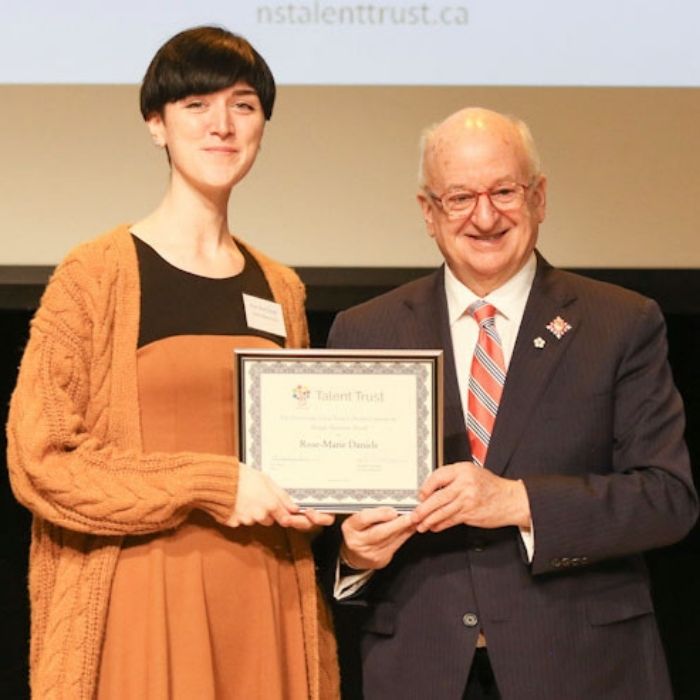 The Shelagh Mackenzie Award, named for the late NSTT Board member Shelagh Mackenzie, will be awarded, if merited, to a recipient who shows exceptional commitment and potential in filmmaking. Documentary filmmaker Shelagh Mackenzie’s career took her from the CBC to the National Film Board. The award is $1,000. (no film recipients in 2018) 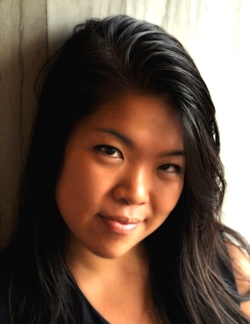 Cindy Thong, pianist from Head of Jeddore, is the recipient of the 2018 Tietje Zonneveld Award.

After Tietje Zonneveld's passing in 2020 the Tietje Zonneveld Award was retired. The award was originally established in 2012 through a generous donation by Tietje Zonneveld. It was awarded to the pianist who, amongst all others, showed the greatest artistic potential and excellence. The award was $1,000.
The award recipients and the Talent Trust are saddened by the news and will always keep Tietje in our thoughts as a friend and generous supporter of the arts.